By Every Family’s Got One Guest Writer — Kristen Hewitt 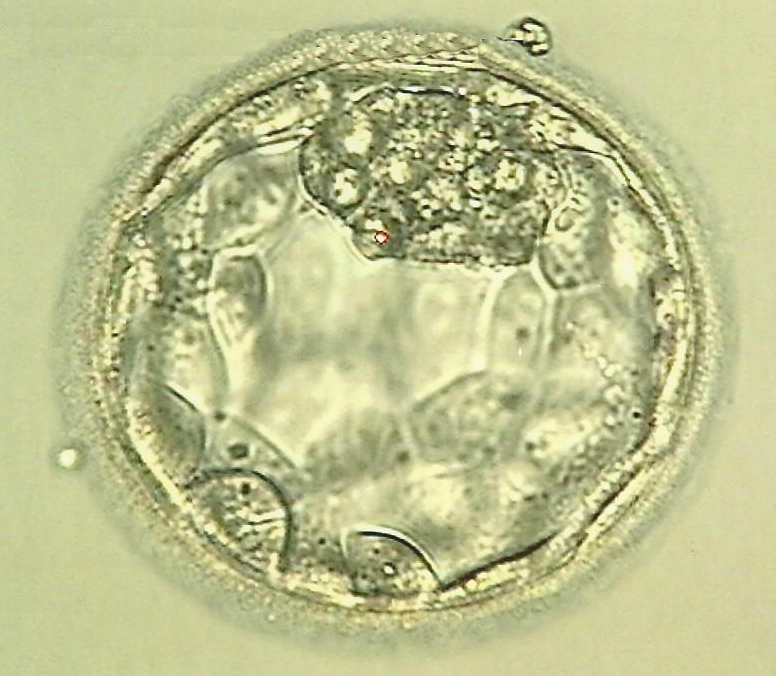 I’ll never forget that call from the IVF nurse who had become my friend at the clinic:

“Your FSH level is down to 13, if you want to try for a second baby you have to start the injections today.”

I was shocked, “But…wait…I mean I don’t have the drugs!”

“Come in now and use ours, you can re-stock them later. It’s now or never,” she urged.

I didn’t have time to think, or talk it over with my husband who was on the fence of trying for a second child. Couldn’t I be content with just one child, he asked me countless times? Probably….but something inside me told me I needed to follow this path. Life takes us where we are supposed to go…

this was happening for a reason. So I went.

Prior to this moment, after the birth of my first child at only age 32, I was in perimenopause. My FSH (follicle stimulating hormone) had skyrocketed to 124, ten or under is optimal for conception, anything over 15 and fertility centers won’t even treat you.  My baby was just 18 months old, and the hot flashes were suffocating me. Over 100 times a day I was miserably hot, irritable, and felt every horrible menopausal symptom imaginable.

I knew I was lucky to have conceived via IVF (in vitro fertilization) even once.

So I was extremely grateful…but part of me yearned for a second child.

I went to see my wonderful fertility doctor about these symptoms and she confirmed that I had POF (premature ovarian failure) caused by an anti-ovarian antibody…an autoimmune condition. My body was essentially attacking my ovaries.

She said I had two choices…

take a steroid, or a natural supplement.  I chose the latter and she put me on DHEA supplements along with acupuncture. I journaled throughout those months, I prayed, and I tried to stay present and calm. I failed miserably with the latter.

But the holistic treatment worked and three months later my FSH dropped to 13.

After that phone call, I started the Follistim shots for three days, but my ovaries were not responding…sadly it wasn’t working. I was devastated as we stopped the protocol to see if rest would kick start my ovaries. Forty-eight hours later we learned the little break had helped, my ovaries were stimulated and eggs were growing! Not many…

just two follicles, but I was still hopeful.

We continued with the treatment for 12 days at the maximum dosage of medication, up to four shots a day in my belly and thighs. The bruises were brutal but a necessary evil. I was full of stress and anxiety while waiting to hear if they would indeed retrieve my eggs. I knew this was my last shot to conceive, and the weight of the moment was overwhelming…I literally was consumed with fear.

What if? What if we only had one child? What if I was in menopause forever?

At the end of the protocol we learned that there was only one good size follicle, a perfect 20 mm …the “golden egg” Gladys joked.

She was my favorite IVF nurse…

who helped keep me positive through all of my fertility treatments, and I’ll never forget her kindness. Despite the policy of the clinic to only go to egg retrieval if the patient had four healthy sized follicles, my physician, Dr. Ellen Wood, decided to take a chance to see if this golden egg was viable.

The day before the egg retrieval was scheduled I was a ball of nerves. Pacing, anxious, scared, trembling…I couldn’t stop moving. My husband made an appointment for me at the local spa to get a facial, as I needed to relax and get my mind off of the next day’s procedure.

they escorted me to the relaxation room, which was so tranquil and beautiful, and I was greeted by a lovely Japanese woman.  Her nametag read ‘Emylia’ and I commented on the unique spelling of the name. She said it was common in her country, but everyone called her Emy. She left the room, I closed my eyes and listened to the music, and finally felt a little peace.

That’s the precise moment when I first felt God speak to me:

“Why are you worried? You are going to have another baby…a girl, and you will name her Emylia.”

It was such a serene yet intense moment, as I didn’t actually hear, but felt these words in my core.  I instantly knew this procedure would work …and I never fretted again.

They did retrieve just one egg the next day…

there was another follicle but it was too small. The golden egg was fertilized, and it grew into a day five blastocyst. When we arrived for the embryo transfer in the South Miami office everyone was shocked. Dr. Wood joked, “I called while driving down here…I can’t believe we’re doing this today!” Even my husband, the calmest and most zen-like man I know, was a nervous wreck. “Can you believe this is happening? Why aren’t you stressed out?” I was calm though, I could feel what they couldn’t…

God had told me his little secret, and I believed.

The embryo was inserted into my uterus, and I stayed on the table for what seemed like an eternity. I knew it was silly, but I didn’t want to jar or move my body, as the precious baby was now inside me.

I was given Lovanox injections to continue daily in my stomach to ensure my body didn’t attack the embryo. And seven short days later I took a home pregnancy test after feeling the same symptoms I had with my first baby. I saw the result three days prior to my scheduled blood test at the IVF Clinic.

I texted a photo of the pregnancy test to my doctor at 6:00am, and to my husband who was in Toronto.

By God’s grace I was pregnant…. a miracle.

Emylia made it to 36 weeks despite pregnancy-induced hypertension and two hospitalizations due to low amniotic fluid. She is the love of our lives, always joking, laughing, and smiling…a child full of pure joy. She radiates love and light, and is the truest form of the word blessing. I am eternally thankful.

Dr. Wood recently told me I basically had a 0% chance of getting pregnant…but she never told me that during treatment. ZERO. There was no chance that I should have conceived again at all. But clearly when God has other plans you can defy the odds. All you need is a little faith…and an open heart.

Luke 1:37 “For with God nothing shall be impossible.”

This essay was previously published on Kristen Hewitt’s blog.

Kristen Hewitt is a 2-time Emmy Award winning Television Reporter for Fox Sports Sun and the Miami HEAT. She’s also the founder of the popular lifestyle & parenting website www.kristenhewitt.me which was named the Best Blog by the Miami New Times in 2016. You may have seen her written work around at the Huffington Post, She Knows, Bustle, and the parenting websites Bundoo, Scary Mommy, and TODAY Parents, to name a few. Her favorite job though is raising her 2 miracle girls with grace, gratitude, and a lot of laughs! Say hello to her on Facebook, Twitter, or Insta!