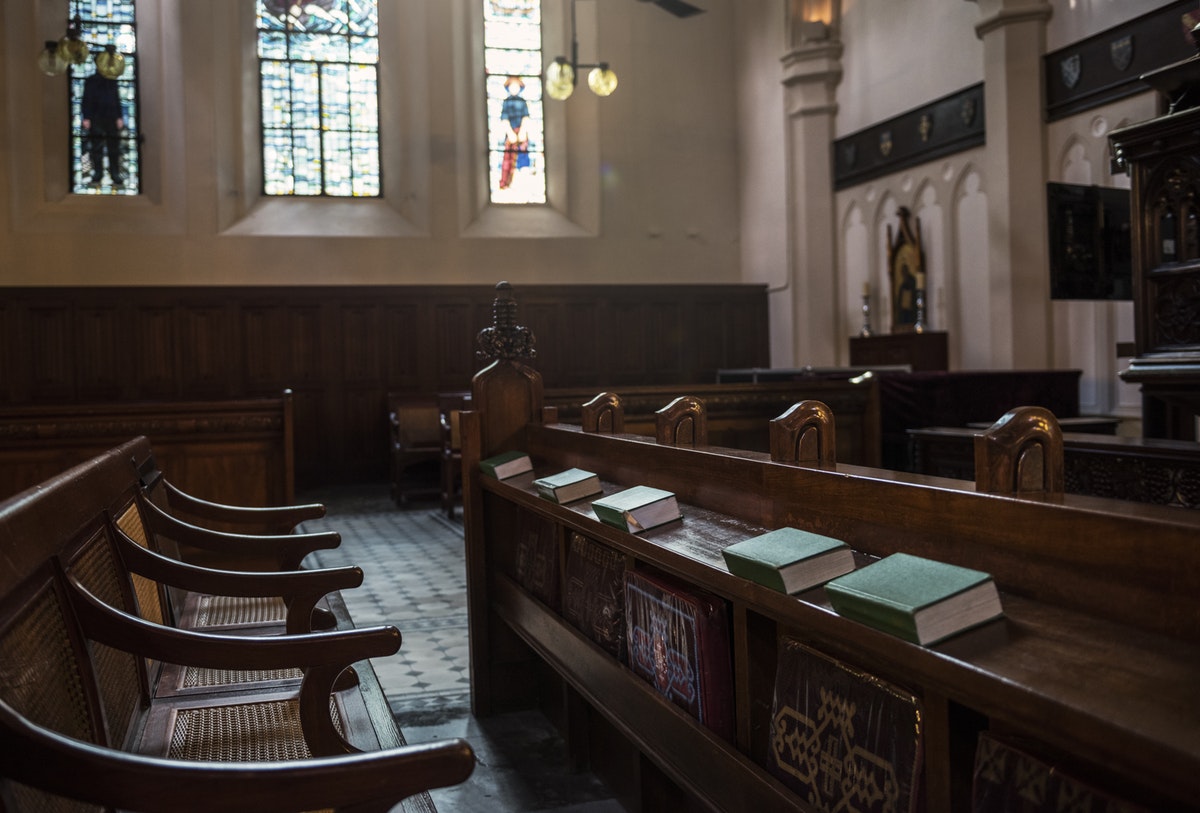 I was 13. Waiting anxiously in a long line of Catholic parishioners.

Thinking that with each echo-y footstep, I was getting closer and closer to the ornate confessional box.

Finally, it was my turn to part the heavy crimson curtain and go inside. In the darkness of the confessional, I knelt down on the padded kneeler and faced the wooden window. It quickly slid open with a small thud, revealing a grated metal screen…

And the Catholic priest.

I’ve seen this whitehaired priest before, but I don’t know his name.

Going to confession was always pretty awful. Mostly because I didn’t want to confess any sins that would embarrass me. Which is a problem because it seems embarrassment is the appropriate response for having sinned in the first place.

I take a deep breath and get on with it…

“Forgive me Father for I have sinned, it’s been six months since my last confession. Um… I fought with my brothers, yeah, uhh…I said CURSE WORDS. Mmmm. I didn’t listen to my parents. Annnd I only go to church on Easter and Christmas. Uh, that’s it,” I said.

say that’s what she said during confession. She was talking to my Jewish uncle who was curious about what “happened in there.” I thought “only going to church on Easter and Christmas” was absolutely perfect – a real sin that wasn’t going to mortify me.

“You only go to church on Easter and Christmas?” asked the old priest?

“Let me get this straight,” said the Catholic priest.

“You only go to church twice a year?”

“Well, then I can’t absolve your sins.”

“Huh?” I said, as my heart immediately began pounding through my chest.

“You’re making up your own religion. I can’t absolve your sins.” 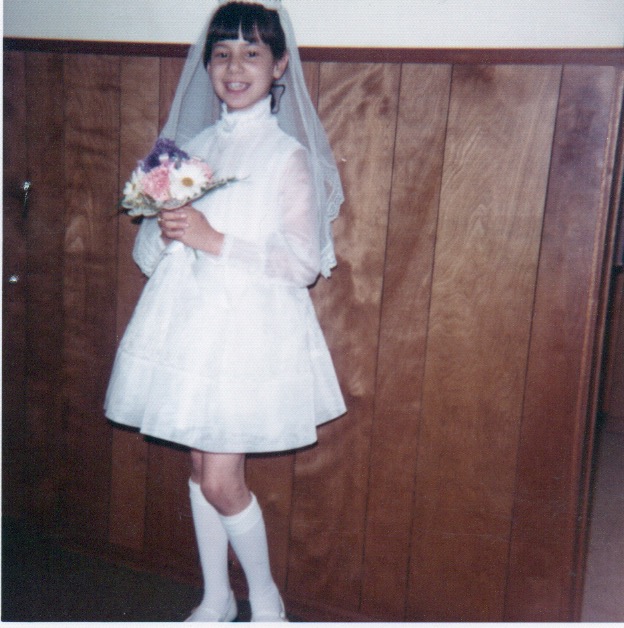 “Uh, uh, okay,” I stammered, slowly rising to my feet, but finding myself unable to move, unsure how to end this debacle.

“Well…” I started shakily, “I don’t need you to talk to God anyway. I’ll talk to Him MYSELF!”

I then threw back the heavy confessional curtain and promptly began bawling. My deep sobs reverberating high and wide throughout the church.

“That I fought with my brothers, I said CURSE WORD. I didn’t listen to my parents. And, I only go to church on Easter and Christmas mas, mas, mas.”

Then she asked with quiet suspicion, “What else did you say?”

“Nothing, that’s it.” And I began crying again.

I ran outside to the church parking lot to try and compose myself with deep shaky breaths. Feeling calmer, I went back in and slid into the first empty pew I saw. Then she was back. With a death grip on the arm of Father Vinnie, the church’s young hip priest.

With a heavy sigh, I grudgingly followed my mother and Father Vinnie back to his vestibule.

“So, tell me what happened, Barbara,” Father Vinnie said kindly, sort of half leaning, half sitting all hip-like on the corner of his desk.

“I told him that it’s been six months since my last confession. I fought with my brothers, I said CURSE WORDS. I didn’t listen to my parents. And, I only go to church on Easter and Christmas.”

“What else did you say?”

Father Vinnie stood there nodding for a moment. Then he said, “Sometimes these older priests do get a little cranky that you young kids don’t come to church regularly.”

Immediate relief washed over me. He believed me, the young hip priest believed me! And he thought the ancient priest overreacted. And I bet since I just confessed to him, Father Vinnie would surely right the wrong and absolve my sins. Hallelujah!

What kind of priest code was this???

“Go back? I don’t want to…” Then one “Don’t Start With Me” look from my mother and there I was shuffling closer and closer to the crotchety old priest.

I pulled aside the heavy curtains and entered the confessional once more. Waiting for the wooden panel to slide open.

“Hi, uh, it’s me,” I said tentatively, clearing my throat.

Oh God, he didn’t even remember me.

“You know, the girl who only went to church twice a year and you wouldn’t absolve my sins because I was making up my own religion? Father Vinnie wanted me to talk to you.”

I thought having a good reference might be a good idea at this point.

“Oh yes…” jogged the feeble priest’s memory. “Young people today need to learn that taking religious matters into their own hands—cut to: I absolve you from your sins in the name of the Father, Son, and the Holy Spirit. Amen.”

At the insistent urging of my mother, I went to church on Easter Sunday. Father Vinnie caught my eye, giving me a little nod that said “Hey cool, my hip ways got that kid back in the fold.”

But my days as a practicing Catholic were pretty much done by this point.

Eventually, I stopped even going to Easter and Christmas services.

Today, if I do happen to find myself in a Catholic mass, say, during a wedding or a funeral, I can easily fall back into reciting the responses to the mass. Most times though I stay respectfully silent.

However, sometimes, if a response rings true to me, like when the priest says “Go in peace,” and the response is “My peace I give you,” I’ll say it.

I see now that the old priest had been right about me. I was making up my own religion.