By Every Family’s Got One Guest Writer Janet Garber 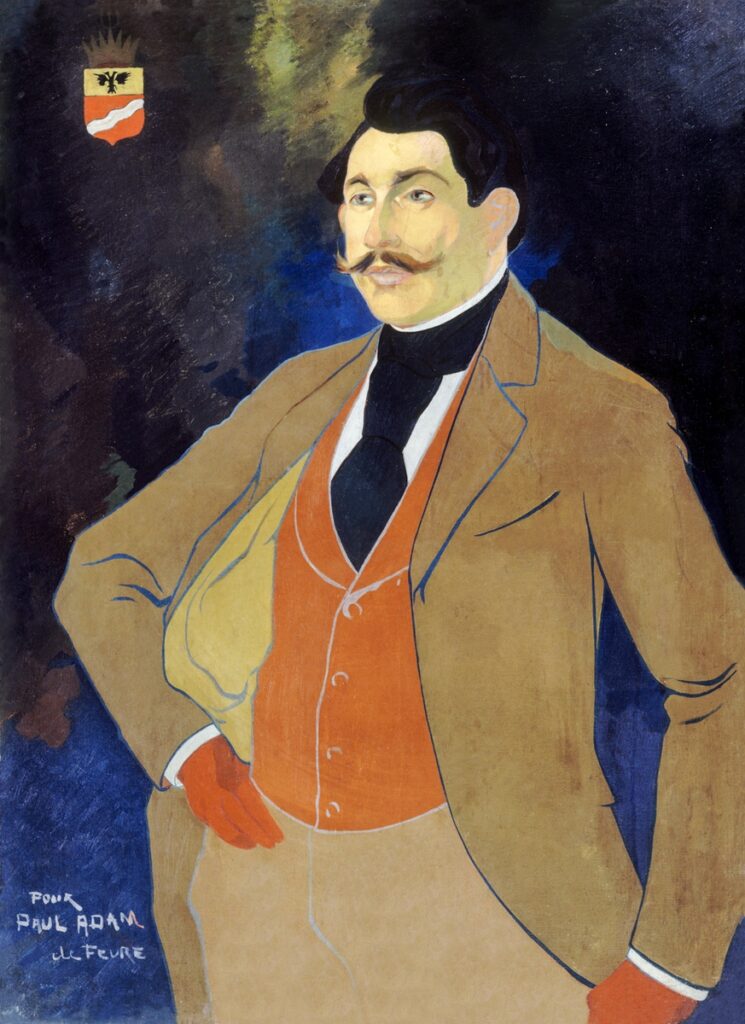 To the manner born or Portrait of Paul Adam (1862–1920), writer (ca. 1900) print in high resolution by Georges de Feure. Original from The Public Institution Paris Musées. Digitally enhanced by rawpixel.

My husband thinks he’s to the manner born and likes to fancy himself a British lord of some import. He has quite a collection of fancy shirts, striped, checked, pale pink and white which he accessorizes with expensive, sometimes garish ties and gold cufflinks.

His footwear is deeply tanned leather to match his roomy leather coat and jacket. And in the old days before we met, he’d take himself of an afternoon to the local park, install himself on a park bench to puff on an expensive cigar or two, looking every bit the country squire.

The problem is, he has a face straight out of the Russian steppes, a Bronx-accent honed on the Grand Concourse, and an affability truly outstanding to witness. No stiff upper lip for him. He makes lifelong friends standing in line for a donut.

but after twenty-five years of gentle prodding, purchasing casual wear for him that he never does wear, I’m giving up. Recently I bought him an antique pocket watch on a silver chain. Totally impractical but in sync with his lifelong pretensions to be a lost count or earl or duke in possession of a roomy country manor.

Hitherto, I have been blatantly sarcastic and even super snarky about his apparel and taste. I now admit it’s my ill-conceived effort to control him and one of his few defensive weapons.

Our worst fights ever have been over his attire.

“You can’t be serious. You’re not wearing that!”

All those years between marriages without a man to dress and now I am not allowed to offer any counsel! I may have to invest in vintage Ken dolls, pick out a wardrobe, and content myself with childish amusements.

So, you may see a couple…

the woman in leggings, her feet in stylish work boots, necklaces dangling over a pretty silk sweater; the man all decked out and looking for all the world like he’s headed for dinner following the fox hunt.

They’re not quite matching, but belong together nevertheless.

Dear Reader: He loves the watch and I love him.

Would like to be an Every Family’s Got One Guest Writer? Learn how to submit your family story for our blog today.

Janet Garber, M.A., has been published in the Wall Street Journal, New York Times, New York Post, HR Magazine, Working Mother Magazine, Chicken Soup for the Soul, and elsewhere. Dream Job, Wacky Adventures of an HR Manager, was a Runner-Up in 2016 Shelf Unbound Best Indie Book contest and a Finalist in the 2017 Next Generation Indie Book Awards. Want to say hello to Janet? Connect at scribbles35@gmail.com.