A Story About a Dollar Store and a Dream

A Story About a Dollar Store and a Dream

By Every Family’s Got One Guest Writer — Heather Osterman-Davis 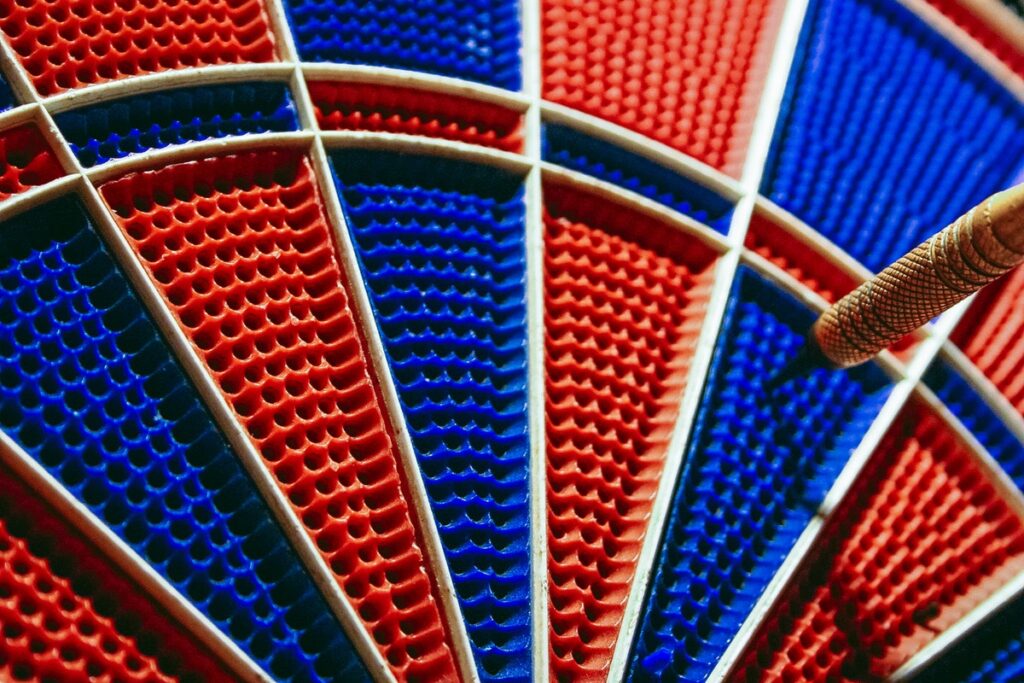 The summer had been particularly challenging. I’d been sick the entire time so keeping my three- and five-year-old kids alive, let alone entertained, felt like a Sisyphean task, one which left me little time or frankly desire to connect with my husband.

Mitch and I hadn’t been on a date in months and had had sex just once, which I’d primarily agreed to because he promised to let me nap afterwards.

on this end-of-summer vacation to Cape Cod to fix everything: the waves and sun would transform the kids into living Gap ads while the salty air reinvigorated me, allowing my husband and I to reconnect over lobster rolls and local beers, talking and making love as the kids slept, the smell of salt still on our skin.

gotten off to a good start. By the time the car was packed, Mitch and I were barely speaking. The previous night’s fight might’ve simply dissipated if it hadn’t been stoked by a missing bathing suit and an exploding bottle of sunscreen.

We spent the first three hours of the drive mostly staring out the windows, the kids’ high-pitched whines of “Are we there yet?” interrupted only by threats of impending vomit.

enough snacks to drive to California and back, we decided to stop for lunch, figuring everyone could use a break from the car. As we exited the highway and headed towards a Friendly’s restaurant, I noticed a Dollar Store in a strip off to the left.

I considered pointing it out to Mitch, but didn’t bother. But I thought I saw his eyes flick over towards it and then back towards mine.

I have an unbridled love…

for Dollar Stores. Partially because of my deep-rooted love of a bargain but mostly because they represent possibility on the simplest level.

Everything within their walls is in reach: items as utilitarian as bathroom cleanser to tchotchkes as superfluous as a night-light in the shape of President Lincoln.

helped my husband and I fall in love.

Mitch and I met at New Year’s Eve party in Brooklyn when we were in our thirties, spending the hours leading up to midnight talking in the corner and the hours until sunrise making out with a manic urgency.

that he lived in Tucson. Despite the intensity of our connection, I wasn’t interested in a long-distance romance. But when a sudden work trip sent me to Phoenix a week later, it felt like the universe giving me a hard shove.

So I extended my trip to see him. That weekend, among more intense personal discoveries, we unearthed our mutual love of…

“I’ll take you to my favorite one,” he said, “but you understand that means this is serious.”

At the store, we started to wander the aisles when we came up with the game: we would have three dollars and ten minutes to buy presents for the other person.

We made a big show…

out of synchronizing our watches before heading off in opposite directions. I walked up and down the aisles scanning the shelves, feeling a rush of pleasure when I found something I thought would make him smile.

We checked out in separate lines, making exaggerated displays of shielding our items.

Back at his apartment…

with great solemnity, he handed me the first of my treasures: a grass skirt and lei clearly intended for someone much smaller than me. I promptly put them on and handed him a toy bow and arrow set.

He ripped it open and started chasing me around the apartment, shooting little rubber arrows at me as I leapt from bed to couch. When he finally got me, I collapsed onto the floor laughing and he joined me, reaching out his hand to weave our fingers together.

It was in that moment…

that I thought, “Here is my person. Here is someone I can laugh through life with.”

Fast forward eight years: marriage, two kids, unemployment on both ends, and it turns out that no one laughs through life. Sometimes it felt like we had the most beautiful family in the world and sometimes, like now, it felt like we were reluctant partners in a struggling start-up, clinging to the hope of future returns.

the Friendly’s would be an instant injection of fun but by the time the food came my five-year-old, Owen, was sucking water into his straw and spraying it across the table with noise effects approximating an asthmatic whale while Nora screamed that her quesadilla was “dis-gus-ting!”

Despite not touching their lunch, we let them devour the sugar and dye-ridden ice-cream concoctions (basically FDA-approved cocaine for kids) making it critical to run them around before loading them back into the car. But there was no open space in sight.

I leaned into Mitch and whispered, “Let’s go have a romantic adventure at the Dollar Store.” I felt flirty and magnanimous but he just stared down at his phone without saying a word.

“I want to go on a romantic adventure,”

my son said, through a mouthful of whipped cream. “What’s a romantic adventure anyway?”

“Something your father clearly isn’t interested in,” I muttered, then turned to Mitch, “That was supposed to be an effort at reconciliation.”

“I took it as such,” he sighed, “I was just calculating the tip.” He put down his phone, looked up and smiled, the beginning of a glimmer lighting his eyes. “I would love nothing more than to go the Dollar Store with you.”

I reached across the table…

took his hand, and said, “Let’s show our kids how this is done.”

At the store, we split into teams. I took Owen, who approached the task with a Mission Impossible fervor, running ahead in the aisle, emitting a fire-alarm sound if he saw his dad and sister.

After the initial urge…

to grab things for himself, he was 100 percent invested in the game, crowing, “Oh, Nora will love this!” when he found an ideal item. He picked out jewel shaped wall decals, a Winnie-the-Pooh coloring book, and a glow-in-the-dark wand with a star on top.

I had a harder time picking out things for Mitch. There wasn’t a huge selection and I didn’t think a can of WD-40 would say what I wanted it to.

I wanted my gifts…

to be reminders of fun, of laughter. I wanted them to say that I still saw the person that he was beyond father and other half of household management.

The first gift I found that seemed right was a blue koozie with a Tic-Tac-Toe board on it that said, “Think outside of the box.”

On one level it could show my belief in his individuality and on the other be a carte blanche to kick back and have a beer on the beach.

Next in the basket…

were some party lights in the shape of red-solo cups because this was a vacation after all. Then I needed the piece de resistance, the item that would say I was still the woman who’d throw on a grass skirt and run around the apartment, that I believed in us as much now as I did then.

The closest I could find to a bow and arrow set was a plastic dart set, so in it went.

as he went up one aisle and I went down the other. “We’re way over our time limit,” I whispered.

“I know, but the kids are having fun,” he said.

“And we can make out in the parking lot?” he asked, laughing.

“Maybe,” I said, as Owen took off down the aisle, “or just drive without listening to complaining or Little Bunny Foo-Foo on repeat.”

we called “time” and headed towards the registers. As we checked out, Owen was jumping out of his skin with excitement, urgently telling the cashier to make sure the people in the next aisle over didn’t see what we were buying.

We all gathered together on the sidewalk outside of the store. Owen presented his first, handing them proudly over to Nora.

she squealed, “Oh, this is exactly what I wanted.

How did you know?” He was glowing with pride as he pointed out features of the items. When they switched, Owen was similarly pleased with his.

I handed Mitch his gifts one by one, explaining them as I went. He held them in his hands and smiled. “They’re perfect. I can’t wait to have a beer on the beach in this!”

Then it was my turn.

Mitch handed me my first gift, a tiny square of fabric that transformed into a washcloth with a scene from “Frozen” on it. A washcloth?

We’d never even watched “Frozen” and Mitch was fundamentally anti-princess. What did this have to do with me or our relationship?

came an enormous pair of blue sunglasses that didn’t even have shades in them. Then finally a purple, plastic necklace and bracelet set.

I held the necklace in my hand, trying to connect to it, trying to figure out what he’d thought when he was picking it out. I felt cheated.

I’d spent so much…

time carefully selecting things for him but it felt like he’d just swept a few things off the shelf. I looked up at him with a quizzical look, not even bothering to fake enthusiasm.

“Nora picked them all out,” he said, sensing my disappointment. “I know they’re not perfect but she was so excited about getting you things, I didn’t want to stop her.”

at her joyous face, I realized that to be upset that he hadn’t bought the “right” items was ridiculous. Did I really want a man who would push a three-year-old aside because he had something to prove to his wife?

The entire purpose of the Dollar Store game is to be open to the possibility that a piece of plastic can make you happy for the sole reason that the other person, or in this case people, were happy picking it out for you.

didn’t prove anything. Yes, in an ideal world, he could’ve let her choose something and found something himself too but, to be fair, multi-tasking was never his strong suit.

the necklace over my head and the bracelet onto my wrist, holding it out for my daughter to see. “I love it,” I said.

Maybe the proof was in the necklace after all, that we were able to bring our children into this, to make meaning in a new way.

We made it to Cape Cod.

weren’t transformed into perfect Gap ads but we played seaweed baseball on the beach, made giant sand sculptures, and ate lobster rolls in bulk.

Sadly, the kids never napped, but one afternoon we put the television on in their room, and in our adjoining room I donned the giant blue sunglasses and handed my husband a plastic dart.

Heather Osterman-Davis is a writer living in NYC where she attempts to balance creative and domestic endeavors. Her work may be found in Time; Slate; Creative Nonfiction; Brain Child; Literary Mama, and Healthline among others.  She’s also co-writer of the short film, Tell-By Date. You can find her on Twitter @heatherosterman.