By Every Family’s Got One Guest Writer — Chad Taylor 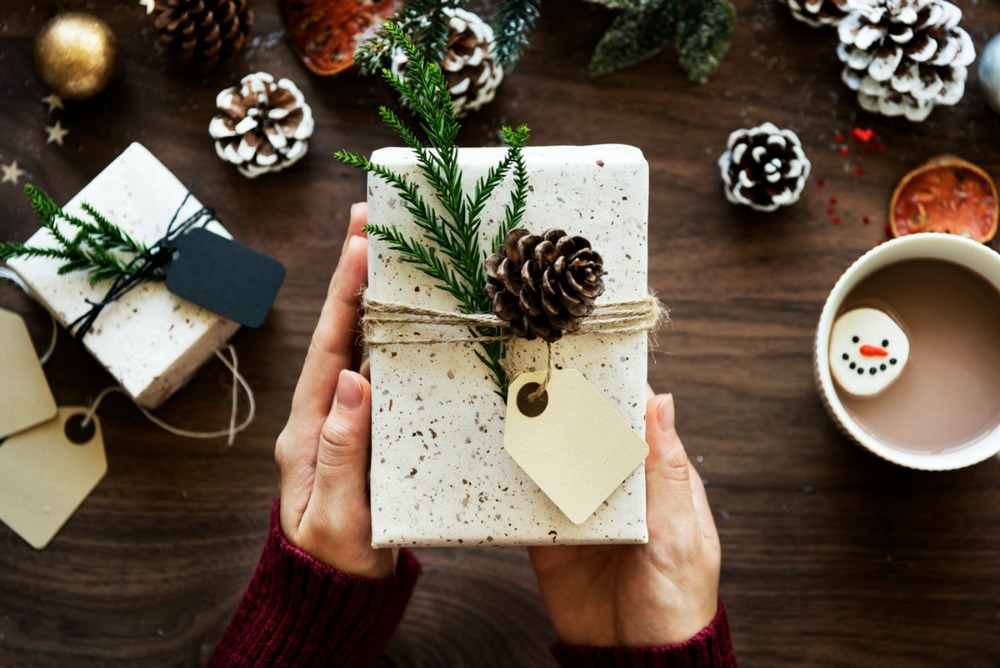 My mom was dying of cancer.

Hilarious way to start a story, I know.

When you’re faced with that ever-present, numbing truth, though, you try to find the funny where you can.  Even when you’re searching for them, the laughs surprise you, bringing on ribcage-rattling guffaws that can finally clear your head, if only for a few minutes.

By the time of this story, I was either out of college or nearly so, with my sisters in similar boats, but two or five years behind me, respectively.  It’s hard to be more precise because everyone was always home for Christmas.  Well, almost everyone.

Christmas, no matter how it might be marketed, can be the bleakest of holidays…

even if a loved one isn’t spending it in a hospital, with tubes going into and coming out of her. On paper, this should have been The Taylor Family Worst Christmas EverTM, but the constancy of the disease has a way of making the abnormal normal.

Of course, we were going to be spending Christmas morning opening presents around a hospital bed instead of a tree… what’s so weird about that?

Before heading to the hospital, in preparation for that most joyous day, my mother had spent hours wrapping gifts while sick and loopy on various medicines. These presents spent several days under the tree that we’d somehow bothered to decorate.

On Christmas Eve, we had moved them to a series of large cardboard boxes for transport.

I’m not sure why I had been trusted with the task because I’d always been a gift snooper.  I’d shake and weigh and guesstimate, maybe see if…oops, a corner of this paper accidentally tore, and now I can see — a Space:1999 Command Module??  I don’t even watch that show!

Moving this particular set of gifts may have gotten me out of that habit.

My mother had been a meticulous Christmas wrapper in years past.

The triangles at the package ends were crisp, and the points came together in perfect harmony. Characters on the decorative paper would usually line up when laying one end over another. The attention to detail went beyond the wrapping, too.

She had one of the sharpest minds ever witnessed and she’d developed a series of code letters to put on the packages to thwart my inquisitiveness (while still managing to remind her of who got what). These evolved each year to the point of requiring a holiday enigma machine to decipher them.

the ends were frayed and misshapen, and the Code was simply the first letter of each kid’s name (we later discovered that some of them had even been mislabeled and later, I found one gift to be a rewrapped item from the previous year that had wandered a little too close to the wrapping pile). It didn’t seem fair to try and deduce what surprises might be within these hobbled presents.

my sisters and I would stay up into the wee hours, watching for parties at neighbors’ homes to see what kind of drunken shenanigans the intoxicated adults were getting up to.

This was a habit we’d started as young children, watching a yearly fete from the cold porch (where we were made to sleep) of our grandmother’s house in Michigan. We’d be up giggling much too late for our exhausted, inebriated parents, who were waiting to set up the main event.

This year, however, everyone quietly went to bed. No one pointed out who was missing from the house because none of us wanted to picture her alone in a sterile hospital room.

Being completely drained, emotionally, does have the advantage of making for deep sleep…

so no one heard the phone ring in the middle of the night.

The next morning, we stumbled out of bed and dutifully got dressed in fancier clothes than a hospital warrants. We’d already packed the car when someone noticed the blinking light on the answering machine. We all gathered around the phone to hear what message might be waiting.

I don’t need to tell you that 2 am phone calls are not usually positive ones, so hearing the robotic voice announce the time of the call dropped a slow-to-melt snowball into the stomach. Then we heard the message.

My mother’s voice had become very scratchy and hard to control in recent months. The drugs that had been pumping into her slowed her words and gave her a slight slur. It took effort for her to put sentences together.

So, hearing her wobbly voice sing out like she had just come down from her LSD trip to wish us a Merry Christmas was like receiving a message from another world.  She repeated it again in the same sing-songy fashion and then spent the next 27 seconds trying to hang up the clunky hospital phone.

The answering machine finally beeped, signaling an end to the message. There was silence in the room for only a moment before it filled with uncontrollable laughter.

We were finally ready to celebrate Christmas.

Chad Taylor studied comedy with Gotham City Improv, UCB, and his father.  He has been acting since the third grade when he landed the coveted role of Encyclopedia Brown.  In the world of corporate theater, he has worked with a staggering amount of companies, including McDonald’s, Merck, Abbott, Guinness Bass Import, Canon, Motorola, Schick, Pepsi, and American Express.  Chad has appeared on television (Late Night with Conan O’Brien, The Comedy Cure, Dinner & a Movie…), in commercials you may have seen (Wendy’s, ABC, 1-800-FLOWERS…) and in movies you probably have not (Kiss and Tell and The Fish That Saved Pittsburgh).  His biggest claim to fame was as the host of The Man Made Movie on TBS.  He has written for television, theater, and film and has worked with the likes of John Travolta, Amy Poehler, Walter Cronkite, Fred Willard, Conan O’Brien, Andy Richter, and William Shatner.  Chad also enjoys writing in third person.