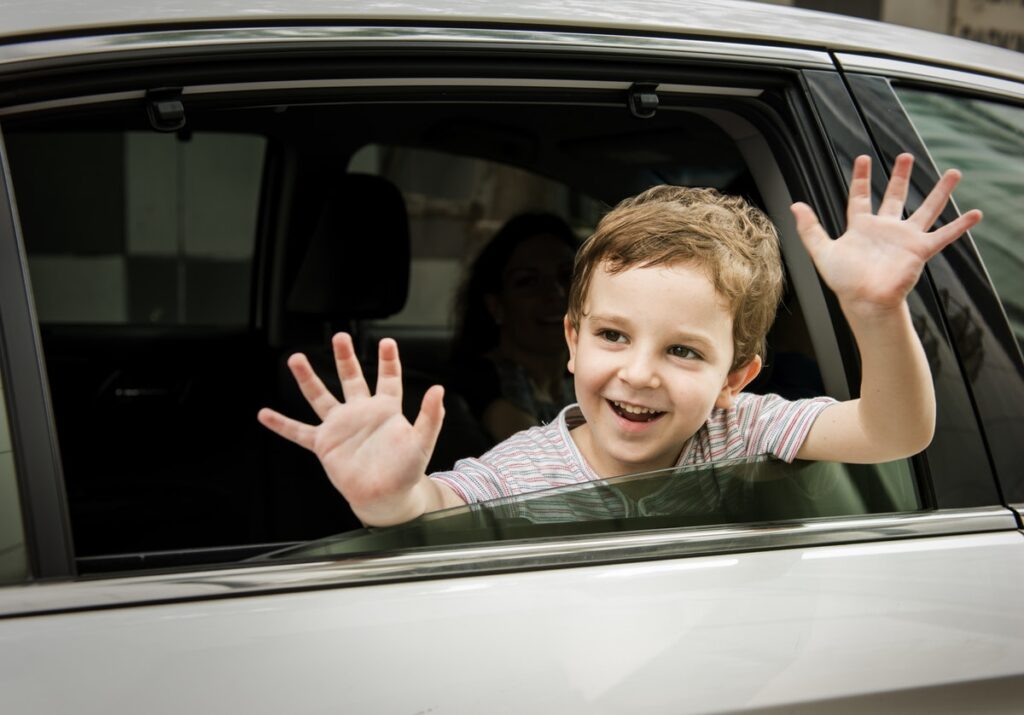 I remember falling out of a car.

It is a slow-moving car on a busy thoroughfare. Somehow the passenger door opens and I can feel myself falling out of the car, head first, in slow-motion.

For most of my life, I’ve had this reoccurring dream.

ever falling out of a car as a child.

There is no family lore. No charmingly hilarious story about the time Barbara fell out of a car and landed on top of her head on, say, Stuart Avenue.

But I’ve had this car dream so many times that I thought, like Rosemary in “Rosemary’s Baby” that “This is no dream! This is really happening!”

That maybe this “dream” was more…

then just a symbol of me making reckless choices or being a passenger in my own life.  Maybe the oddly familiar feeling upon waking was because it really did happen.

I finally asked my mom about it…

when I was visiting her and my dad for a weekend. I was 35 at the time, living in New York City.

I also had just been dumped by my boyfriend, was depressed, and couldn’t have felt more like a passenger bouncing around the interior of an out-of-control car. So clearly my timing was perfect.

“Oh my God, you remember that? You must have been three,” my mom said nonchalantly. (A little too nonchalantly actually.)

“Nooooo. It wasn’t moving. We were parked somewhere on Hempstead Turnpike.” 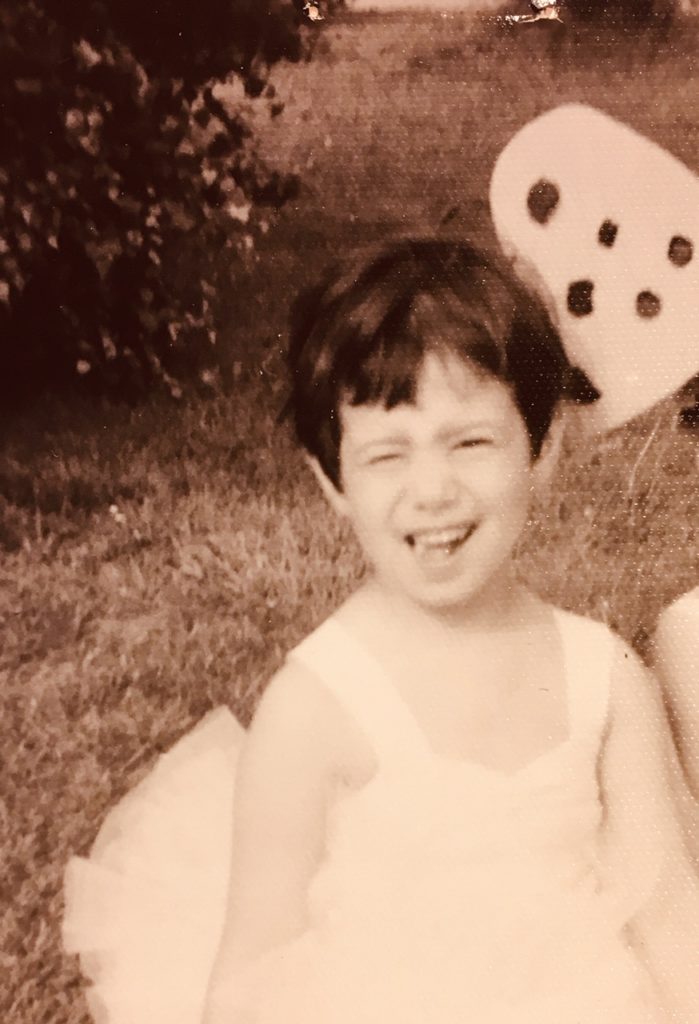 Me and my head

Then mom calls downstairs to my dad…

“Ron! Where were we when Barbara fell out of the car?”

“It was McDonald’s, dear,” he bellowed.

“No, it wasn’t!” she whispered to me, clearly more annoyed at my dad for not remembering the location of their parenting blunder rather than the actual blunder itself.

my mom continued on, “we just came from Sears, and we pulled into a parking lot somewhere on Hempstead Turnpike, it was not McDonald’s, and the cashier gave us back too much money and we didn’t want her to get into trouble so we went back.

You were little so you in the front seat standing between us.

We got to Sears, and, well, I thought Daddy had you and Daddy thought I had you. And you just walked right out of the passenger side of the car and – Boop! Fell on your head. You had such an egg on your head. I guess we must have taken you to the hospital.

Oh well, so much for doing the right thing.”

Even though it was highly alarming…

how casually the events were presented to me, except for the very upsetting McDonald’s/parking lot debate, I must say it did my mind a world of good to know that I really did fall out of a car onto my head.

That it wasn’t just…

some self-defeating, negative-thinking pattern drilled into my subconscious. (And it was certainly a far better outcome than what happened to poor Rosemary.)

It was a real memory.

Sure, it might have been nice if my first childhood memory wasn’t some blunt-force head trauma that haunted my dreams for 30-odd years, however…

This truthful knowledge makes me the tiniest bit stronger – I was three and fell out of a non-moving car onto my head.

I can survive anything.

Did you ever fall out of a car, moving or otherwise?

What is your first childhood memory?