A Story About the Wild Child

A Story About the Wild Child

By Every Family’s Got One Guest Writer — Marcia Kester Doyle 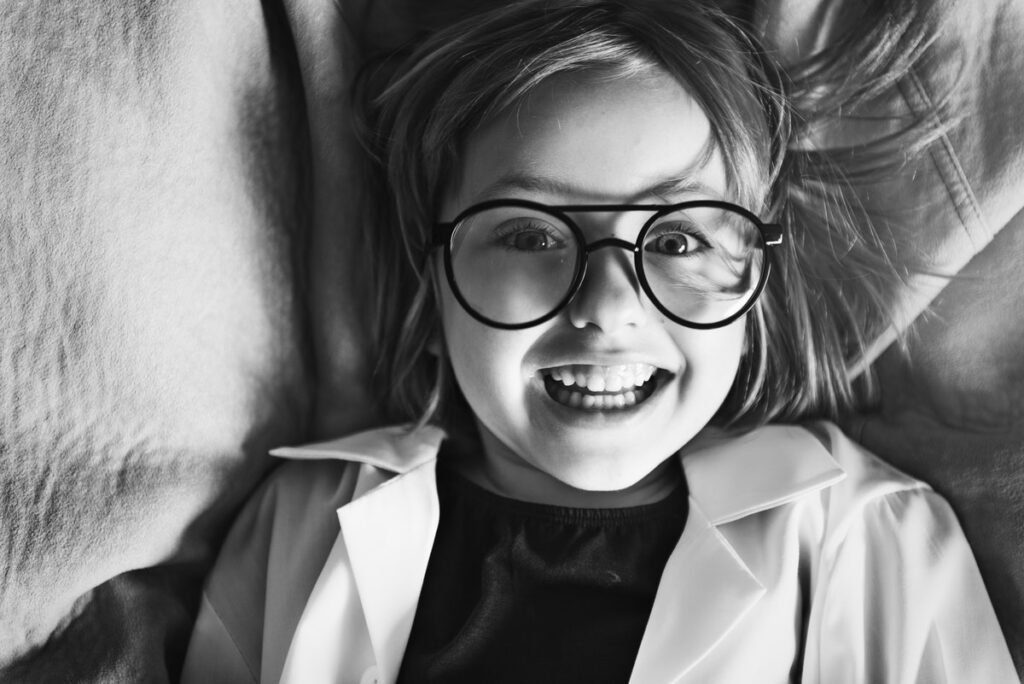 There’s one in every family: the Wild Child. The one who gives you gray hairs, anxiety weight, and over-sized baggage under the eyes. The one who breaks your heart then turns around and mends it with his unconditional love.

The one you stare at while scratching your head and saying, “Are you my child or was I impregnated by an alien during a UFO abduction that I just can’t recall?”

is our family’s Wild Child. He pulled his very first prank on the family when he made his appearance into this world several weeks early, causing my water to break on my way to volunteer at the elementary school.

To be fair, he wasn’t always troublesome. He was a sweet baby—until the point he became mobile.

became almost superhuman. There wasn’t a door or toddler gate my Baby Terminator couldn’t conquer; there were no forbidden objects he couldn’t reach. My reigning title as “The Good Mother” quickly gave way to my Native American name “She Who Drinks and Swears a Lot.”

My son never played with normal children’s toys—he liked sticking sharp objects into electrical outlets instead. He was like a drug-sniffing dog when it came to finding knives, poisonous bug repellents, and exposed wires.

I knew I had a problem…

when he’d stick something into a socket, and then giggle over the little jolts of electricity running through his body. My son was like a cat with nine lives, and he had no fear of losing a few of them to satisfy his dangerous curiosity.

He also had a quick temper. It simmered beneath his calm exterior until he would strike like a cobra at his unsuspecting victims.

No one was safe…

from the objects my miniature Hulk could hurl across a room—irons, dictionaries, toasters, one time even a large Barbie car. I thought for certain his three older siblings would kill him before he saw his third birthday.

When my son turned four, we took him on his first trip to Disney World, along with my parents, my older siblings, and their families.

This was my big chance…

to demonstrate my “awesome” parenting skills in front of my folks, and as every mother knows, this is an opportunity not to be wasted. For the most part, my children’s behavior was excellent—until we visited the Magic Kingdom and all hell broke loose.

While my husband took the older kids on some of the faster rides, I stayed behind with my little boy and his grandparents.

I noticed that my son was chewing away on a large blob of bubble gum—that I hadn’t given him. I never gave my children gum, and I became instantly ready to do battle with whatever family member had felt it wise to give a wad of gum the size of a golf ball to a four-year-old.

But when I asked him where he’d gotten it, he pointed to a green pole near the “It’s a Small World” ride.

The minute my son saw the horror…

register on my face, he snapped his mouth shut, and the gum became sealed behind lips closed tighter than the doors at Fort Knox.

It was the beginning of the end of my reign as “Most Awesome Parent.” My folks had to help hold down their flailing, screaming grandchild, while I came just short of using the Jaws of Life to pry open my son’s mouth and retrieve the gum that someone else in the park had previously enjoyed.

Convinced he was going to contract…

some fatal disease, I had to fight back an overwhelming urge to wash the germs out of his mouth with antibacterial soap.

While the Disney World gum incident may have been the first of its kind, there were many incidents like it that followed, and there were not enough parenting manuals in the world to teach me how to handle a kid who risked his life on a daily basis.

His interest in matches…

electricity, and the dismantling of anything that wasn’t nailed to the floor was enough to convince me this child could never, EVER be left alone.

Even with constant supervision, he managed to dislocate his shoulder, fracture his wrist, and bring a knife to elementary school. (I must have missed the memo in which my husband announced his BRILLIANT intentions to give our little boy a camping knife.)

middle school years, my son wore low-slung “gangsta” jeans with torn, disgusting hems that dragged all over the ground. I threatened to burn those pants so many times—while he was still in them.

Late to class one morning, while he was running to beat the bell, he tripped over those damned jeans, and off we went to the hospital to have a metal screw put into his damaged hip bone. Needless to say, his wardrobe only consisted of shorts after that hefty medical bill.

One of the worst incidents…

I can remember was when my fourteen-year-old son decided to run away from home rather than deal with the consequences of a poor report card. The world stopped that afternoon when he didn’t return home from school.

I was trapped in every parent’s worst nightmare; my child had disappeared without a trace. It wasn’t long before police began swarming our street and patrolling the surrounding neighborhoods in search of my boy.

several torturous hours pacing, crying, and begging God to bring my son home safely, the police found him on a Greyhound Bus headed for Orlando. It was a miracle he survived the trip unscathed.

A wave of relief washed over me—followed by an understandable wave of anger. I could feel the hairs on my head turning whiter by the second.

After that fretful day…

my husband and I started to make major changes in our son’s life in order to help improve his behavior and attitude. He discovered drums, bodybuilding, and biking, which are his passions now and provide him safe, productive ways to be himself.

His sense of humor and enthusiasm is often what gets me through the day, and I’m proud to say he’s as strong as an ox and very protective of his mother.

all of our efforts, though, my son is still pushing the envelope on his nine lives. A few months after the Greyhound incident, he was injured in a biking accident after colliding with another cyclist.

Shortly after that, he was hit by a car while biking down to the beach. Interestingly enough, the car suffered more damage than my son—it was no match for my Schwarzenegger-esque offspring.

It was this next…

incident, however, that threatened to send me into permanent cardiac arrest.

Another one of my husband’s genius ideas had been to give our boy a special pellet gun that looked exactly like an AK-47.

was out front shooting targets on the sidewalk—probably not the smartest idea since we live only a few doors down from a school—when suddenly my peaceful afternoon was shattered by the sound of screeching tires and a loud voice booming over a megaphone:

“DROP THE GUN AND PUT YOUR HANDS UP IN THE AIR!” Our street was soon barricaded by four police cars and six officers, one of them with a gun drawn on my son.

by my front window, frozen in horror, as I watched my boy slowly lower the gun and walk backwards down the sidewalk, his hands held high in the air. In a flash, one of the officers snapped handcuffs on his wrists.

There was a brief moment when my eyes met my son’s, and I could see the fear and bewilderment in his gaze.

—my legs felt like wet noodles—but thankfully my husband rushed out the door to explain that my son’s deadly weapon was just a pellet gun, not an assault rifle.

I never know what my boy will think up next to keep himself entertained, which is why I shudder every time he climbs into a car and drives off with his friends.

while he is often the typical, unpredictable, and annoying Wild Child teenager, he is also loyal, loving, artistic, and compassionate.

Even better, he knows how to operate the lawn mower, vacuum, dishwasher, washing machine, and grill. His uniqueness is what makes him one of the most fascinating people I know, and I’m proud to call him my son.

But by my calculations, he hasn’t used up all nine lives, so I’m still sprouting gray hairs.

Marcia Kester Doyle is the author of the bestselling book, Who Stole My Spandex? Life In The Hot Flash Lane and the voice behind the midlife blog, Menopausal Mother.  Her work has been featured in Cosmopolitan, The Washington Post, Good Housekeeping, Country Living, Woman’s Day, House Beautiful, and The Huffington Post, among others. She lives in sunny south Florida with her husband, four children, two grandchildren, and three ornery pugs. Connect with Marica on Facebook, Twitter, and Instagram.