By Every Family’s Got One Guest Writer — Sheila Quirke 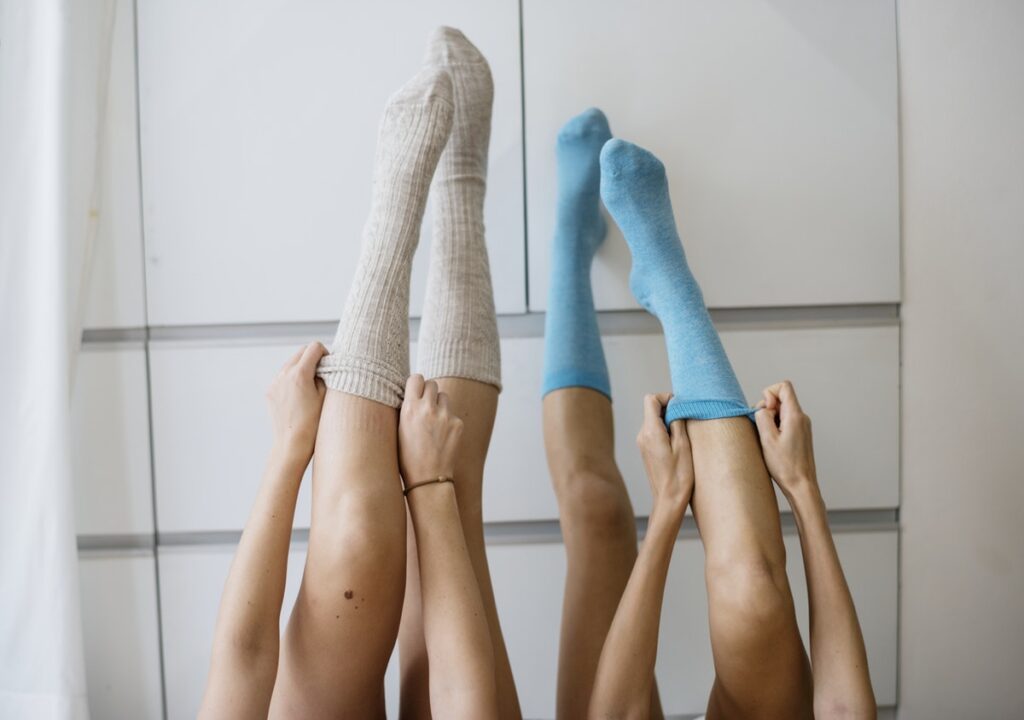 It happened this morning. I was at the sink doing dishes, my older son was being too attentive to one screen or another and my younger son was whining at me, asking for help making puppets.

He wanted to make puppets. Now.

I encouraged him to ask his brother. He did. That didn’t go too well, as that screen wasn’t going to watch itself. The little one was back in the kitchen after a squawk with his brother, still needing that help to make those puppets.

Not my forte, even on my best days. Okay, kiddo, today’s your lucky day. Puppets it is!

Improvisation is a mother’s best friend, so I sacrificed a pair of my white anklets I wear when I exercise to use as sock puppets. HA HA HA! Yeah, that one was an easy sacrifice. Exercise, even on my best days, is also not my forte.

I fished out a selection of Sharpies…

and slipped those socks over my son’s eager hands, showing him how to move his fingers up and down to mimic talking. He took to it immediately.

We made a little girl with pink curls and a green bow. She had bright blue eyes and red, red lips that matched her polka dotted blouse. Her puppet companion was a snake with a long, hissing tongue. He was hungry.

My boy was delighted. D-lighted.

Knowing exactly what he needed, he requested help setting up his pop-up tent, an Amazon impulse buy a couple of years ago that has been worth its weight in gold. “I want to make a puppet show for my brother!”

I left my boys, happily engaged now, to return to the kitchen sink. There were giggles and guffaws wafting back from the front room.

What in the Sam Hill…

was I doing scrubbing pans when I could be watching the wonder of a four-year-old putting on his very first puppet show for an audience of one? Priorities realigned, I walked back to my boys, but not before grabbing my phone to snap a shot. I sensed this was one of those moments that demanded documentation.

And so, so glad both that I saw it and that I captured it. The snake was hungry and threatening to eat the green-bowed girl in one big bite. Oh no! “SQUEEEEE!,” she shouted, not wanting to perish in the thin grave of a mean old snake. The girl fought back and defeated that snake. “You won’t eat me today, snake! I am strong!” Crisis averted, safety restored, sock puppets FTW on a rainy Saturday morning. 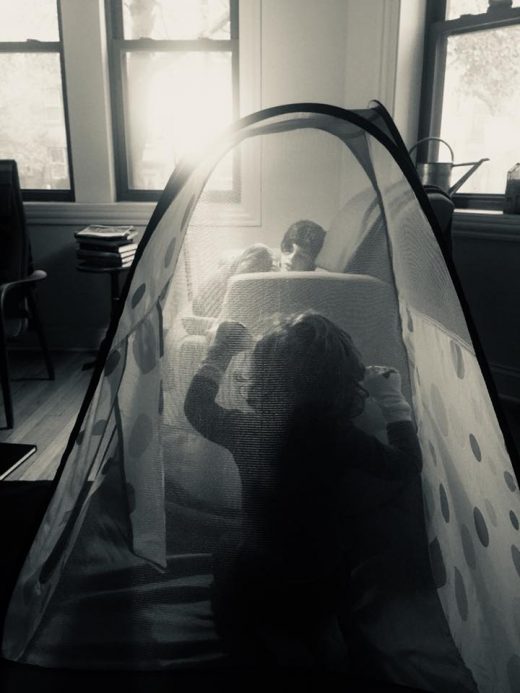 The beauty of this moment…

between these two boys, almost five years between them, happy and laughing, performing and sharing. Brothering. Swoon. This bit of perfection will sustain me for days. The moment wasn’t about me, but Lordy, it was for me. And dang if I didn’t need it.

Life is so, so hard these days. Between hunting trophy elephants and adult men dating teen girls and allies behaving badly, I am too often at the end of my rope.

It is these moments that will sustain me.

I need them. Badly. Right now. Just like my little one needed that puppet. It’s time to pay more attention to the moments – not only looking for them, but nurturing them, encouraging them, recognizing them. 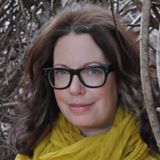 Sheila Quirke is a freelance writer who lives in Chicago. Her words and work have been featured on NPR, the Huffington Post, mom.me, Scary Mommy, the Chicago Tribune. and on her ChicagoNow blog, Mary Tyler Mom. You can also connect with Sheila on Twitter and, as a Childhood Cancer Activist, Sheila would be mighty pleased if you checked out her favorite charity – St. Baldrick’s Foundation.