A Story About Life and Death Surgery

A Story About Life and Death Surgery 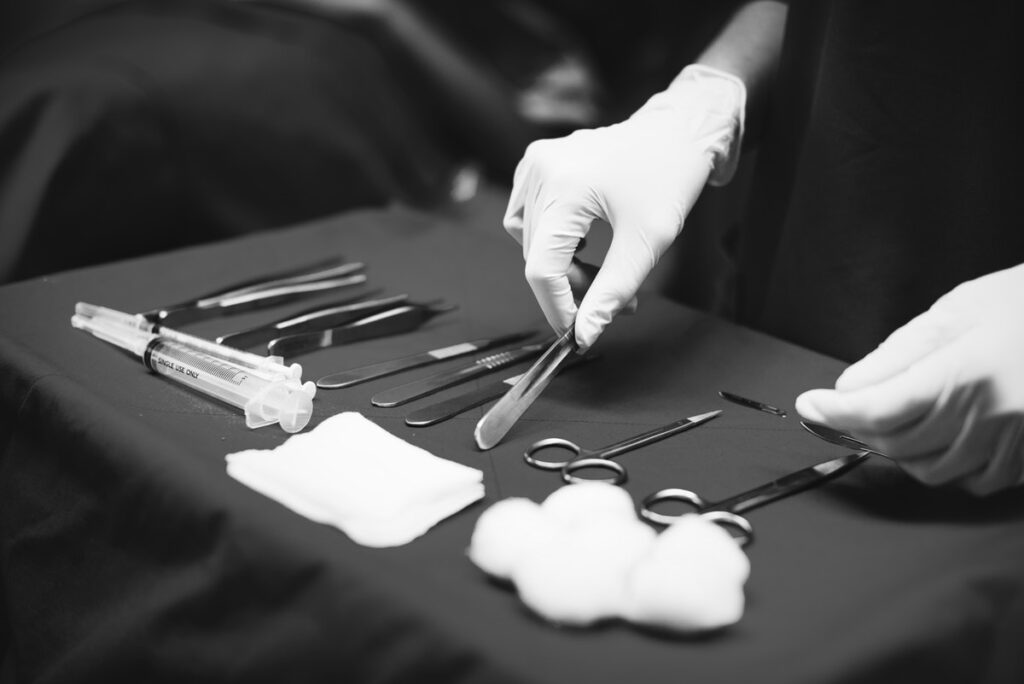 Holy Carp!!! I just performed emergency surgery on a goldfish. This is an honest-to-God true story.

The fish got a pebble lodged deep in its mouth as it was eating. My 9-year-old daughter was the first to notice it right after feeding him and alerted us with cries of…

My husband, who was on his way out the door, was the first on the scene to assess the situation.

entered our daughter’s room and huddled up to the fishbowl. The fish sucked up a piece of gravel large enough to choke a goldfish apparently.

“Yes, he certainly does,” I concurred.

Then I steadily began…

“Bring the bowl in the kitchen.”

“More, light, we need more light. Turn up the light.”

“For the love of God put those cats downstairs!”

My husband carried the bowl…

to the counter as my daughter did the rest of the tasks, heavily sobbing throughout. Then she sat on the couch and waited.

I turned to my husband, “Toothpick,” figuring I could gently pop out the rock. I scooped up the fish and held it in my hands.

of both of us taking turns with the toothpick, we could see our attempts to dislodge the tiny stone wasn’t working.

“It’s not working,” he said to me. My daughter sobbed all the harder.

“Hold him!” I said to my fellow field medic as I ran to the bathroom for a more aggressive surgical tool – my eyebrow tweezer.

I held the fish…

looked into his (her?) fish eye, took a breath, and began.

I felt like I was in an episode of M*A*S*H. I was Hawkeye Pierce with Hot Lips Houlihan, my hubby, standing by ready for whatever would come next.

The blue pebble was…

right there. Riiiiight there. This would be the moment where Hot Lips would wipe my brow with a cotton gauze on a long metal clamp if I was indeed sweating. But I wasn’t. The heat hadn’t kicked on as of yet.

I was so close.

I pressed further into the fish’s mouth, hoping goldfish were heartier than they appeared. I almost grasped the stone with my Revlon instrument several times, taking moments in-between each effort to immerse the fish in his bowl water.

“The blue pebble’s out!”

would the patient survive the ordeal?

I put the fish and some of the fishbowl water in a smaller glass bowl. He was floating on his side, dazed. His gills were moving. His mouth looked, uhhh, a little stretched.

I announced to my medical team. “All we can do is wait and see. And get ready for school.”

“We need to get this fish back into his normal environment,” Hot Lips chimed in.

brushed her teeth, I dumped the blue pebbles in the garbage, cleaned out the fishbowl, and put the limpish fish back in. Then, Hot Lips gently returned the fishbowl back to our daughter’s room, kissed me goodbye, of course, and headed off to work.

my daughter declared, sniffling back her tears on our way to the bus stop, vesting powers in me that I was quite certain I didn’t have. (Oh boy…)

When I get back to the house, I check in on my patient. He is alive.

alive actually. He is swimming and moving his mouth in a fish-like pucker. I can’t tell if I’m imagining it or if his mouth really is the tiniest bit droopy. I think it is.

But he looked good. I think we pulled this one off. I think he’s going to be just fine. 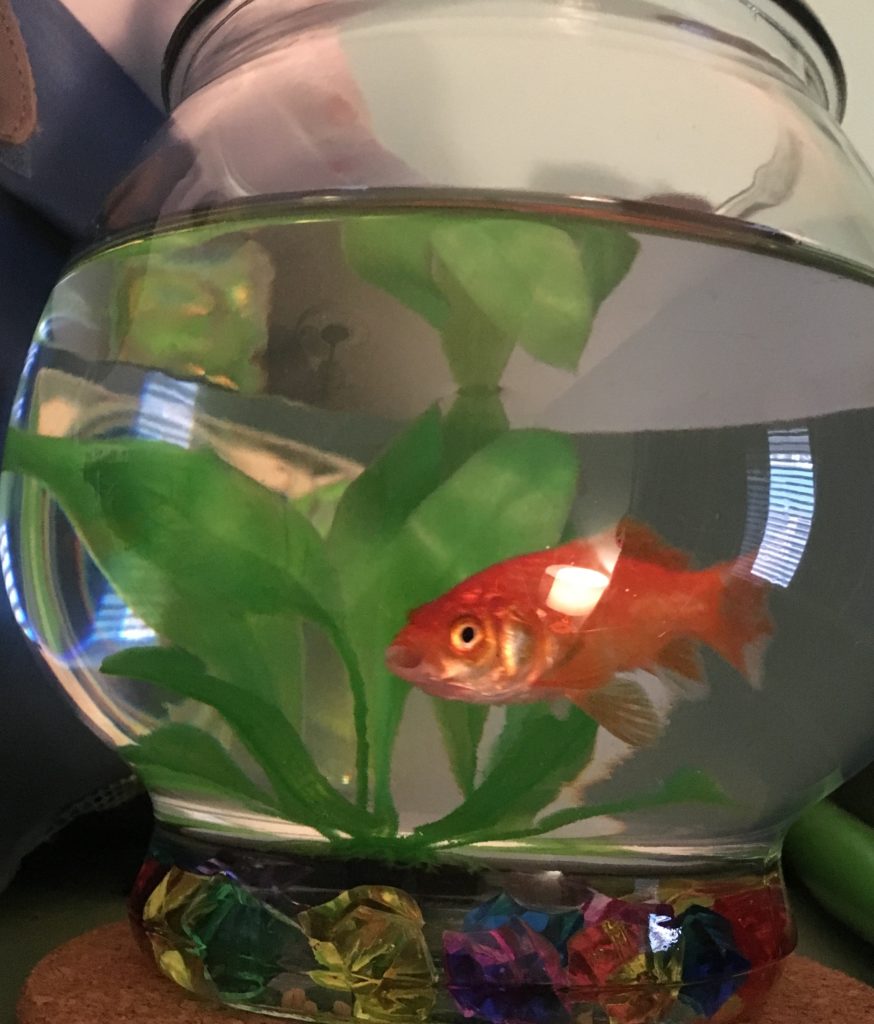 and so far, so good.

“We work fast and we’re not dainty…” is how Hawkeye explains the concept of “meatball surgery” the in the TV pilot episode of how a MASH unit operates. I don’t believe my tweezer usage qualifies in any way as dainty.

I think Hawkeye, Hot Lips, Trapper John, Radar (especially Radar. Remember his love of animals?), and the whole 4077thgang would have been mighty proud that we managed to get “this kid out of here alive….”

It was a good day in the OR.

This was meatball fish surgery at its finest.

COME SEE THE AMAZING STORYTELLERS OF EVERY FAMILY’S GOT ONE!

AT MY FATHER’S PLACE IN ROSLYN, NY.