A Story About a Girdle and a Best Friend

A Story About a Girdle and a Best Friend

By Every Family’s Got One Guest Writer — Mary Shea 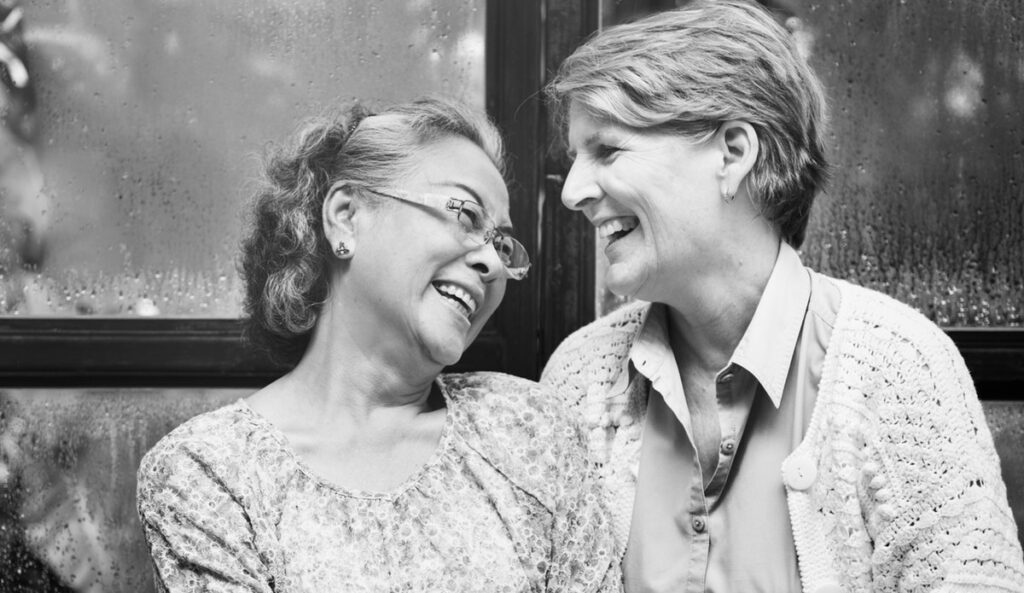 Most people remember their first kiss. I remember my first girdle.

It was 1964, I was 14-years old and my best friend Sue and I were invited to Peter Murphy’s birthday party.

My party dress was beautiful, but a little tight around the waistline, so my mother bought me a girdle. On the night of the shindig, I was excited and tried to get ready quickly.

But the girdle that was holding me in…

was also holding me up. I found that squeezing into it and then struggling to hook the stockings to the garters was taking forever!

But I was determined and then triumphant as I finally snapped the last garter clasp into place!

That’s when I realized…

I forgot to put on my panties.

I thought maybe my mom had some sort of womanly girdle-panty secret so I wouldn’t have to start the dreaded process over from scratch. However, by this time all chaos was breaking out in the living room.

who had always enjoyed having a few cocktails when he got home from work, was yelling “to hell with Ed Sullivan,” and my mother, who was trying to watch the Ed Sullivan show, was pleading with Dad to be quiet because she wanted to hear what the ventriloquist’s Italian mouse was saying to Ed.

Then Sue rang the bell…

and my father started singing “If I Knew You Were Coming I’d Have Baked a Cake.” My mother who had had enough started screaming at my father.

Needless to say, I couldn’t wait to get out, so I retreated to my bedroom, grabbed my panties from the top of my dresser, and quickly put them on over the girdle.

On the way to Peter Murphy’s house…

Sue and I felt so proud of the way we looked. I was wearing my sophisticated black dress, which looked great thanks to the girdle, and Sue was wearing the newest fashion, a colorful ruffled blouse her grandmother bought for her in the most expensive store in the neighborhood.

At the party, I was having a grand old time, dancing the twist with my friend Eugene when I felt something slide down my legs.

And saw that my panties were around my ankles.

What to do? What could I do? Nothing but step out of them, pick them up, and run into the bathroom; my best friend running after me.

As I stood there horrified…

holding my panties in Peter Murphy’s bathroom, Sue seized them out of my hands and shoved them into the Murphy’s clothes hamper.

Alarmed I said, “What are you doing?”

“Their daughter’s chubby and they’ll think they’re hers,” she said.

Then we both started to laugh.

Actually, I was laughing and crying at the same time.

We stayed in the bathroom for a while until I got the courage to return to the party.

Much to my delight, I found that miracles do happen – no one said a word and everyone acted like nothing happened! I later found out that my dance partner Eugene warned them not to tease me.

After all these years…

I am still laughing and crying with my best friend, Sue.

And grateful that I have the ability to find a little humor in the worst of circumstances.

Mary Shea is a grandmother, administrative assistant, aspiring writer, and comedian. Mary has performed at Gotham and Broadway Comedy Clubs, and was a cast member in the Listen To Your Mother Show 2017 in New York City. She is currently writing a memoir based on stories she shares with her friend of over fifty years. Mary lives in the Bronx and is happiest when spending time with her grandchildren.